GREATER HYDERABAD: After the formation of Telangana in 2014, all the eyes were on the development of the historical Hyderabad City. Serious doubts were raised on keeping the city of PEARLS on the growth trajectory under the leadership of Chief Minister K Chandrasekhar Rao as the ruling TRS was new to rule the state. Within no time, the Telangana CM and State Industry and IT minister KT Rama Rao combine have put to rest all the apprehensions on Hyderabad growth and moved the city on development path on a jet speed.

Realising the Telangana Young Turk KT Rama Rao’s administrative skills in a short time, the CM handed over Municipal Administration and Urban Development to KTR In February 2016 aiming to promote the neglected all Urban Local Bodies as vibrant growth centres in Telangana. The first Youngest minister in the first Telangana Cabinet broke all stereotypical assumptions on Greater Hyderabad progress. In Just Six years, the City of Hyderabad had reached to the stage of India’s Biggest most happening City and the most favourite destination for investments Worldwide. Numerous significant initiatives have been taken to place Hyderabad on the World Map. Among them, 10 notable initiatives to develop the State Capital as the BEST LIVABLE CITY drew the national attention and received accolades from the entire civic society every year. 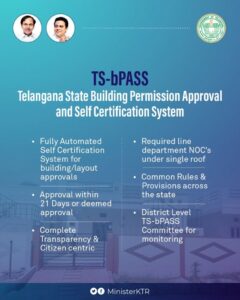 Soon after the formation of Telangana, anti-Telangana Forces tried in vain to create a fear of clashes between Telangana and non – Telangana People aiming to ruin the Hyderabad brand image. KCR eliminated all such Telangana enemies and built confidence among all sections who owns Hyderabad as their living Paradise. The city is synonyms for peace and tranquillity and affordable living station for all sections. Friendly policing, Women safety and use of advanced technology in busting the crimes are the hallmarks of the governance. Perhaps, Hyderabad is housing India’s first biggest City Command Control System to maintain law and order round the clock. The recently launched TS- BPASS for hassle-free building permissions was among many people-friendly policies launched for civic administration by KTR. 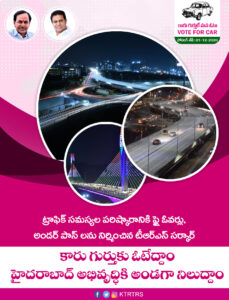 Aiming to ease traffic congestion and hassle-free vehicle transportation to every corner in the fast-growing city, the ambitious SRDP project was the first big initiative grounded by KTR. Despite facing financial challenges, the Minister had taken up the giant task of construction of skyways, highways and flyovers on a mission mode. KTR put an end to never-ending traffic snarls which are evident on many busy roads in the city in the united Andhra Pradesh. His vision to handling the fast increasing vehicular traffic through the SRDP is enough to understand how smooth Hyderabad will move on roads in the next two decades. The SRDP can be called as ‘Jewel in the Hyderabad Crown’. 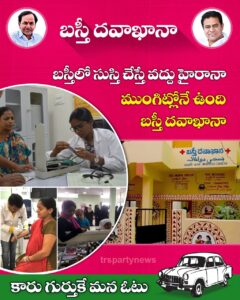 The costly medical care is now free for all poorer sections in the city of Hyderabad. The concept of Basti Dawakhanas in the Greater Hyderabad Municipal Corporation limits is a Big Hit programme. With an objective to provide free medical treatment near the doorsteps in the colonies, KTR has been inaugurating the Dawakhanas in every Basti in a phased manner. He makes the impossible task of extending health care to nearly 70 lakh population a possible by the Basti Dawakhanas which offers medical Consultancy, diagnosis and medication free of cost. 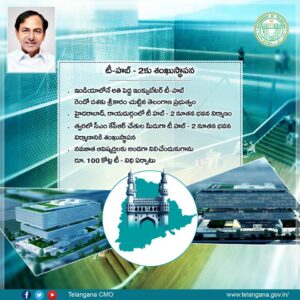 As a visionary leader to draw the talent from the budding entrepreneurs, KTR as IT and Industry minister has created an innovative ecosystem calling it as T- Hub. The Hub is the most sought after venue in India to promote innovation, entrepreneurship, skill development and promotion of the product on a single platform. The T HUB also opened the doors to adopt new emerging technologies in the services of people by the State Government. A pool of talent from individuals, corporations and the government is striving to achieve next-level development in the technology and services. 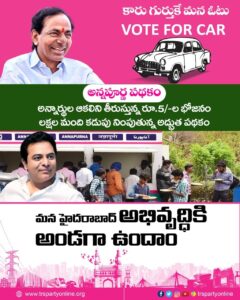 Serving quality food to the poor at an affordable price was not an easy task in the highly-dense populated Hyderabad. The Rs 5 meal scheme is a panacea for people who struggle for livelihoods. The continuation of poor feeding program had shown the KTR’s generosity towards the poor in addressing their Hunger plights every day. The network of meal distribution centres at some crowded hospitals gave a big relief to the starving patient families. Extension of helping hand to the needy is always first priority to the government. Rs 10,000 instant relief to flood-affected families in Hyderabad proved the state’s commitment to the welfare of the poor. 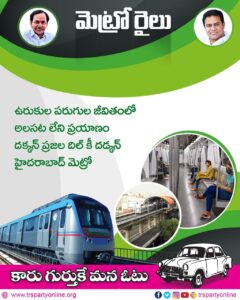 India’s first biggest Elevated Metro Rail project had encountered several hurdles for its completion in the Erstwhile Andhra Pradesh. After the formation of Telangana, KTR as state Municipal Administration minister accorded top priority to the prestigious metro rail project. The completion of the project in a scheduled time and extension of the facility under phase -2 has set a new record in the transportation sector in the country. The metro rail, which offers commuters a safe journey, now stands as one of the best tourist-attracting spots for domestic and international visitors to Hyderabad. 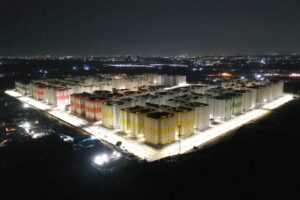 A big task of providing living with dignity to the poor under 2 BHK housing scheme has created big history in the housing schemes launched by other state and Union Governments in the 74 years Independent India. Against all odds, the MA and UD minister KTR has taken up the construction of one lakh 2 BHK houses in the GHMC limits alone. The works are in the progress at various stages. Several 2 BHK townships were already inaugurated and the identification of beneficiaries is at final stages. In the city of Hyderabad, each 2 BHK cost around Rs 40 lakh to Rs 50 lakh depending on the locality. The housing scheme not only provides shelter to the poor but also make the beneficiaries rich overnight. 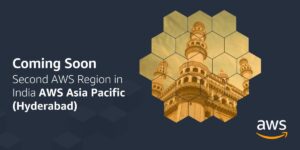 The establishment of world-famous furniture giant IKEA’s first store in Hyderabad y on a sprawling 4 lakh square feet was the first big multinational Investment in the furniture sector in India. KTR as Industry minister has put all energies and convinced the management to open the first outlet of the noted company. Similarly, the Telangana’s TSiPASS policy is considered as the best industrial policy which opened the doors for the flood of investments in every sector. Manufacturing, pharma, defence, electronics, medical equipment, textile, plastic, airways, automobiles etc have been the core sectors in the investments. Despite the Corona pandemic affected the country’s economy, the investments poured in from across the world in Hyderabad during the crisis time. Hyderabad had already been on top in the IT investments. 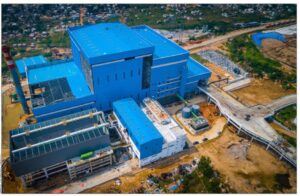 Flood of investments in manufacturing and IT sectors and fast-growing construction industry opened lakhs of job opportunities for locals in Greater Hyderabad. The migration of people from South, North, East and West Parts of India to Hyderabad for employment is a clear indication that the City emerged as the best place for job aspirants. Skill development training in the construction industry created plenty of jobs every year in the city. 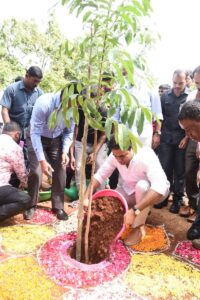 Leading the fast-growing Hyderabad towards “Environmental friendly sustainable development City ” is not an easy task for the governments. The measures taken by KTR to develop Urban Parks, green lung spaces and sustaining the existing parks drew good results. The development of eco-parks contained growing air pollutions. Steps taken for solid waste management and set up of waste treatment plants, conservation of water bodies revived the Hyderabad’s green glory. Vertical Gardens on busy city roads are the cynosure of all eyes. The concept of development of Urban Forests around the city under KCR’s dream project Haritha Haram gave a huge relief to Hyderabad people from pollution.

We use cookies on our website to give you the most relevant experience by remembering your preferences and repeat visits. By clicking “Accept All”, you consent to the use of ALL the cookies. However, you may visit "Cookie Settings" to provide a controlled consent.
Cookie SettingsAccept All
Manage consent

This website uses cookies to improve your experience while you navigate through the website. Out of these, the cookies that are categorized as necessary are stored on your browser as they are essential for the working of basic functionalities of the website. We also use third-party cookies that help us analyze and understand how you use this website. These cookies will be stored in your browser only with your consent. You also have the option to opt-out of these cookies. But opting out of some of these cookies may affect your browsing experience.
Necessary Always Enabled
Necessary cookies are absolutely essential for the website to function properly. This category only includes cookies that ensures basic functionalities and security features of the website. These cookies do not store any personal information.
Non-necessary
Any cookies that may not be particularly necessary for the website to function and is used specifically to collect user personal data via analytics, ads, other embedded contents are termed as non-necessary cookies. It is mandatory to procure user consent prior to running these cookies on your website.
SAVE & ACCEPT